The Clairemont Varsity Girl’s Water Polo team had a big weekend out at Eagle Challenge hosted by Granite Hills High, going 3 for 3 in dramatic fashion.  Senior captain Ella Denny had a dominant performance with a team high 10 goals in 3 games, including 6 goals against Point Loma. 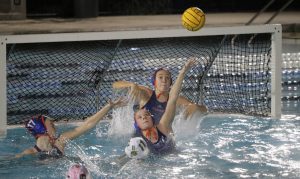 The Chieftains pulled off an impressive come back against the Mariners on Friday night, over coming a 2-0 first quarter deficit to claim a 4-2 victory.  The Chiefs were held scoreless in the first half, but were finally able to break through at the midway point of the third quarter to cut the Mar Vista lead in half.  Finally the girls got their shots to fall in the fourth quarter, putting away 3 goals to put the game to bed.  Shea Herndon got the streak going with an excellent shot on a counter attack, then Kaitlyn Heindl put away a shot from center on the next possession to give Clairemont their first lead.  Phoebe Currigan put the game on ice with a long range bomb, giving Clairemont a comfortable 4-2 cushion with little time remaining.  The Chieftain defense was magnificent after surrendering the first 2 goals of the game, allowing only 7 shots on goal throughout the entire game. 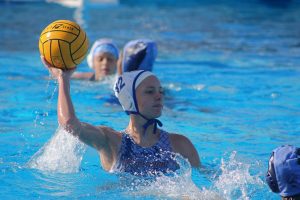 Clairemont scored early and often against an inexperienced San Marcos team, going up 8-0 in the first quarter and never looking back.  Fiona Flanagan lead all goal scorers with 4, followed by Kaitlyn Heindl and Ella Denny with 3 each. 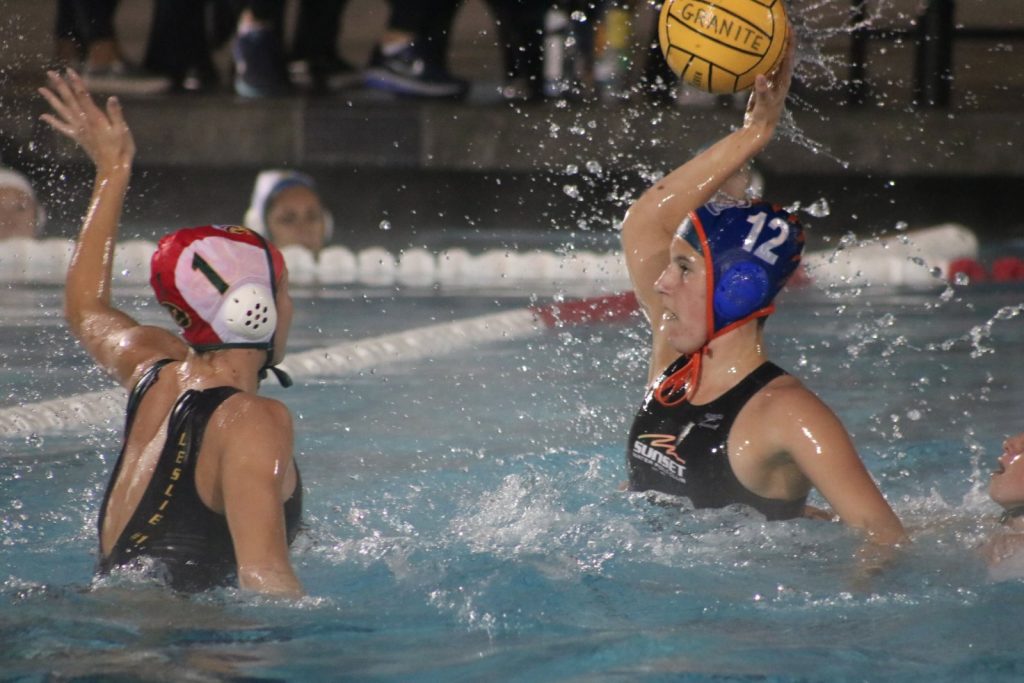 The girl’s continued their trend of slow starts in the final game of the weekend, this time falling down 5-0 in the first quarter.  But the girls made an improbable, albeit remarkable, come back over the next 3 quarters to send the game into overtime where the two teams duked it out over 3 sudden death overtime period befores Clairemont finally prevailed.  Ella Denny was an absolute monster all game, hammering home 5 goals in regulation including the goal to send the game to OT.  After three quarters of sudden death battle, Denny managed to score her 6th goal of the match after finding some space on a drive and slam dunking a pass from Phoebe Currigan over the goalie’s head to win the match!  Senior goalie Hope Lovich, after surrendering 5 goals in the first quarter, turned her game around magnificently by holding Point Loma to 2 goals over the next 6 quarters of game play and recording 11 stops.

The Lady Chiefs improve to 5-2 on the season.  Up next, the Chieftains travel north to take on #5 ranked Del Norte on Wednesday at 4:45pm.  And don’t miss the Girl’s next home game on Friday night at 6pm against reigning CIF champions Canyon Crest Academy!  COME OUT AND SUPPORT YOUR LADY CHIEFS!!!!