The Varsity Girl’s Water Polo team has strung together 3 straight wins in the Western Tournament’s Gold Division this weekend, and have earned a spot in the semi finals tomorrow morning! 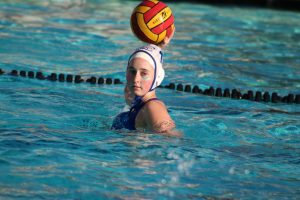 The Lady Chieftains continued their success in 2019 with a convincing win over Katella High school in the Western Tournament, cruising to a 12-2 victory. The girls again relied on their suffocating defense to wear their opponent down in the first half, and then took it to Katella with a fierce counter attack in the second half. The game was a grinder for most of the first half as the Knights of Katella fought hard to defend the unrelenting Chieftain attack. With only 35 seconds remaining in the half, the Chiefs were only up 3-1. But junior Erin Flynn ripped a beautiful bar in shot on a power play at the end of the half that made the Clairemont bench erupt, and the Chieftains never looked back. The girls went on a 5 goal run against the weary Knights through the 3rd quarter, putting the game to bed. Abby Keegan looked back to form in her second game back this season, scoring a game high 4 goals and drawing 3 power plays.

In the quarterfinals, the Lady Chieftains used a similar tactic to take down their next opponent by 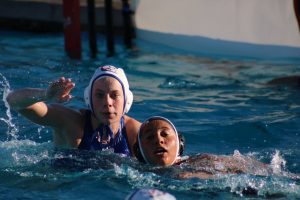 wearing them out with strong first half defense, and then pushing a heavy counter attack in the second half. The Chieftains started off great, going up 2-0 in the first quarter after senior captain Ella Denny and sophomore Phoebe Currigan put away transition goals. But the Trojans clawed their way back at the end of the first quarter, earning and ultimately scoring a penalty shot to bring the score to 2-1. Neither team could break through in the second quarter thanks in large part to impressive goaltending from Senior Hope Lovich, who turned away 6 shots in the 2nd quarter alone. By the third quarter however, fatigue clearly set in amongst the University High players, and the Chieftains took advantage on offense. Junior Erin Flynn once again spurred with a breakaway goal early in the third quarter. Then sophomore Shea Herndon went off for three straight goals to give Clairemont a commanding 6-1 lead going into the 4th quarter. Sophomore Fiona Flanagan and Senior Abby Keegan added two more goals, and the girls claimed an 8-2 victory.