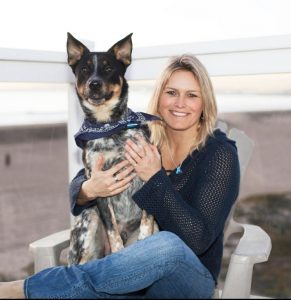 Coach Mannisto has a Masters and Bachelor Degree in Physical Education & Exercise Science. Currently, she is finishing her 2nd Masters Degree in Athletic Administration. Michelle played NCAA Division I Basketball at the University of Detroit. She was All-State in Basketball and Track. Her high school team won a Michigan State Championship and held #1 State Rankings. Michelle has been a California Realtor since 2001 and has sold over 100 homes/63 million in sales.

Coach Mannisto began her coaching career at Shasta College under All-American and SDSU men’s basketball player Jerry Brown.  After two seasons, they compiled a record of 23-7 and 27 – 5, respectively.  She then moved on to a head coaching position at Shasta High School and recorded a 20 – 3 start; at the same time developed a successful college bound AAU Club program that placed numerous student athletes on college teams.  Her last coaching position was at San Diego HS, where she led her team to a 12 – 0 record in the Eastern League and they had an over-all record of 23-5.

Katelyn played NCAA Division I Basketball at IUPI in Indiana. She was the top scorer in California at the Community College Level and a star player at Shasta High School in Redding, CA. Shasta went to the California State Finals when Katelyn was on their squad. Currently, Katelyn is married, owns her own business and is raising her one year old son Nash.

Scouting Coach – Roger Moses
Roger comes to us with many years of college basketball coaching as well as some high school seasons. He will be scouting our league games for us while we are playing our games. His local girls’ basketball knowledge is extensive and will a great contribution to our program.