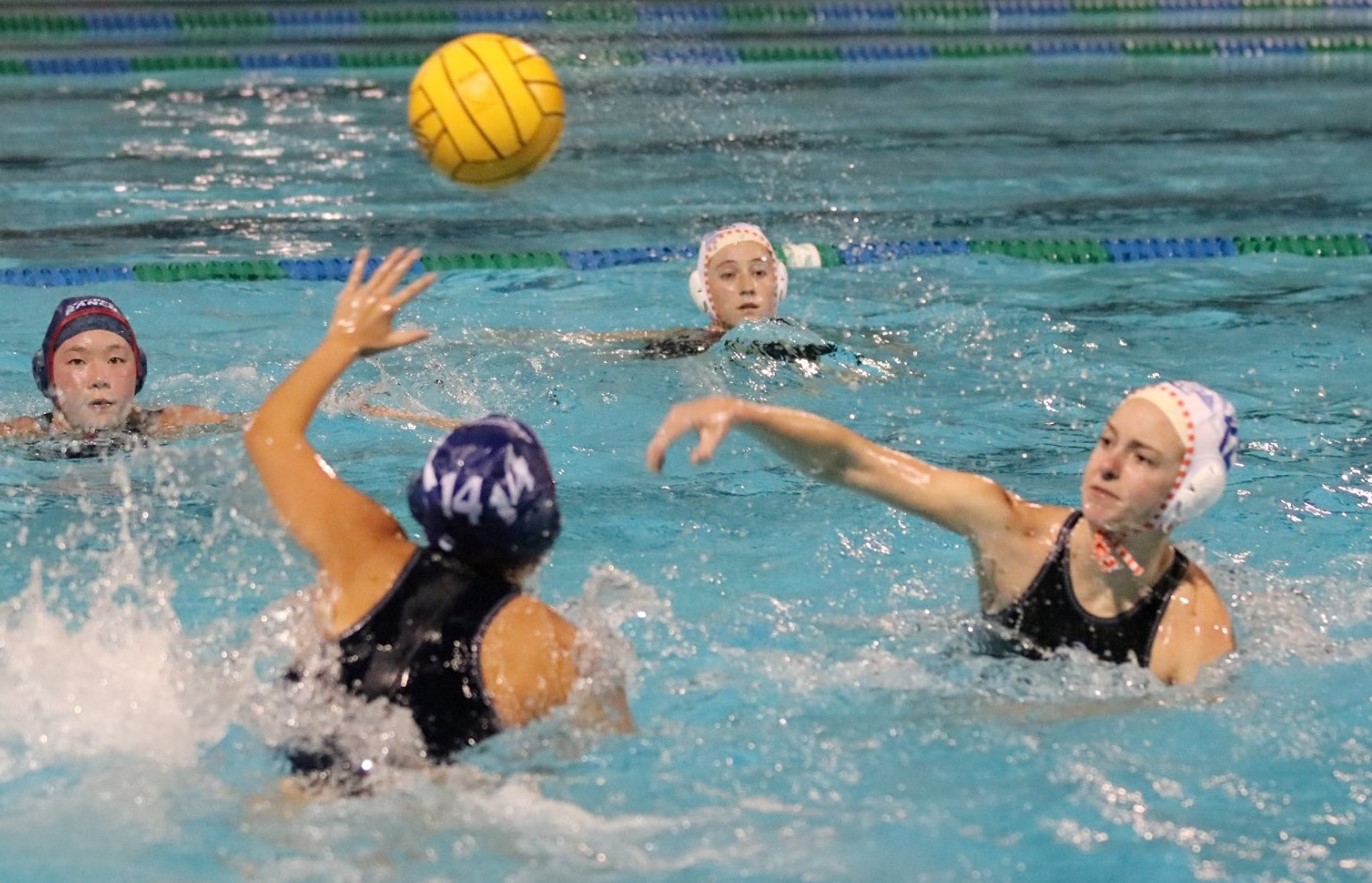 Another big night for the Clairemont Girl’s Water Polo team as they took down the Mission Bay Bucs 20-7 in the battle for pool supremacy! Huge offensive nights from Juniors Shea Herndon and Kaitlyn Heindl, who scored 7 and 6 goals respectively, paced the Lady Chieftains on offense while Junior Phoebe Currigan lead the team with 6 assists and 6 steals.

After a sloppy start in the first couple of minutes forced coach Kienle to call an early time out, the Lady Chieftains came alive to shred the Buccaneers defense 7-0 by the end of the quarter. Clairemont continued to roll through the second quarter, extending their lead to 10-0 before Mission Bay finally broke through.

After the Chieftain defense had only surrendered 3 shots on cage in the first half, the Lady Bucs found a grove in the third quarter, taking advantage of some sloppy defense by the Chiefs to score 5 goals and pull within 6. But the Lady Chiefs shook it off and put the game to bed in the fourth behind a hat trick from Junior Fiona Flanagan and Clairemont rolled to a comfortable 20-7 victory.

The Clairemont Varsity Girl’s Water Polo team improves to 9-5 on the season and 4-0 in league. Up next, the girls face off with #4 ranked Cathedral Catholic in a big non-league match this Saturday at 11:30am. Game is at Cathedral, so COME ON OUT AND SUPPORT YOUR LADY CHIEFTAINS!!!!