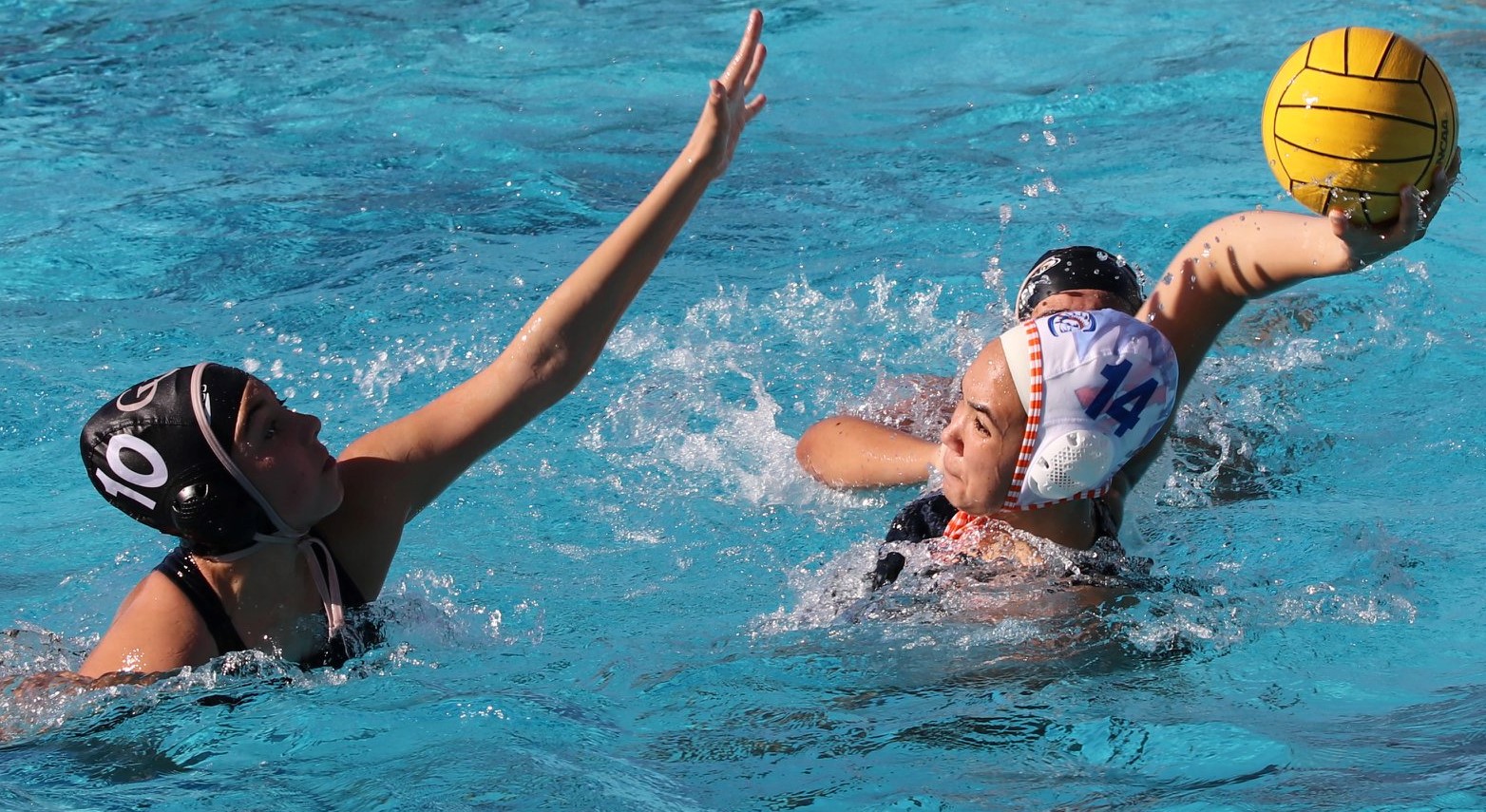 It took two full quarters to do it, but the Clairemont Varsity Girl’s Water Polo team finally managed to crack the code against Patrick Henry’s effective M-Zone defense, outscoring the Lady Patriots 7-1 in the second half.

Patrick Henry got on the board first with a goal 2 minutes into the first quarter to take an early 1-0 advantage. But thanks to some brilliant play from Junior Goaltender Lilly Fulton, this would be the last time the Lady Patriots would see the back of the cage until the final minute of the match! Junior Phoebe Currigan answered Henry’s early lead with a beautiful skip bar down from the perimeter on the ensuing possession to even the game at 1-1. But this would be all the goal scoring of the first half as both teams became locked in a defensive battle! Patrick Henry’s freshmen goaltender also played fabulously, turning away an onslaught of Chieftain attempts in the second quarter.

The Lady Chieftains made some adjustments at half and the offense finally began to break through. Junior Shea Herndon put away a rocket shot from the perimeter early in the 3rd quarter to give Clairemont their first lead. A few possessions later and Herndon found Senior Ashlynn Sauerwein on the post on a power play to push the Chieftain lead to 3-1. Feeling the momentum, Sophomore Noel Toson found an opening in the Lady Patriot defense and put away a shot from point blank range off a pass from Sauerwein to extend Clairemont’s lead to 4-1.

Clairemont finally exerted their will on the weathered Patriots who struggled to keep up with our battle tested ladies! Sauerwein slammed home a counter attack shot early in the 4th quarter to spark a 4 goal quarter for the Lady Chiefs. Clairemont flexed their conditioning throughout the final frame as Junior Fiona Flanagan and Senior Erin Flynn followed up with back to back counter attack goals to give Clairemont a commanding 7-1 lead with 3 minutes remaining. Toson, coming off of an impressive 8 goal weekend in Los Angeles, put an exclamation point on the match after blasting a penalty shot through the back of the canvas!

The Clairemont Varsity Girl’s Water Polo team improves to 8-5 on the season and 3-0 in league. Up next, the girl’s host Mission Bay in a battle for pool supremacy on Thursday January 9th at 6:30pm. COME OUT AND SUPPORT YOUR LADY CHIEFTAINS!!!